Students anger as Nunthorpe Academy plan on splitting students up at lunch time and dropping 10 minuets off their lunch time to accommodate the change.

Some students will have to wait an extra half an hour for lunch all because the academy has taken on more students than it can handle.

Students at Nunthorpe Academy have launched an online petition after the school announces plans to spilt up houses into separate lunch times. Already over 450 have signed opposing he plans forced spilt lunches.

Nunthorpe Academy is a Specialist Science, Business and Enterprise Academy in Nunthorpe, an area of south-east Middlesbrough, North Yorkshire, England. The school caters for around 1,500 pupils from the ages of 11 to 18.

The academy is spilt up into houses which are named Endeavour, Invincible, Triumph, Valiant, & Victory. Each house is rewarded points for each students good behaviour and deductions are made for bad behaviour.

Now the academy will bring in a forced lunch time spilt which will spilt lunch into houses causing anger amongst students who fear they will be lonely at lunchtime because they’ll be spilt up from their friends who are in the same classes but different houses.

One student who does not wish to be named has told BNT Media that students are being forced away from their friends and banned from having lunch with them, despite being in the same class as them.

They believe they will no longer be able to talk to their friends and socialise with their current friends during lunch time.

A move one student says will have an impact on everyone’s educations as people will just catch up and want to talk more to each other during lessons instead of working.

The new lunch time which comes in to force soon plans on splitting houses and results in friends not being able to have lunch together.

Students believes this will cause more issues than it fixes

Students have now launched an official petition which has been signed by 450 students and parents.

The academy released a letter to students and parents saying “As many are aware due to the nature of the academy building, one of our greatest daily challenges is to ensure all of our children enjoy a satisfactory lunch time experience. As the number of students on our roll has grown over time lunch times have become increasingly problematic. 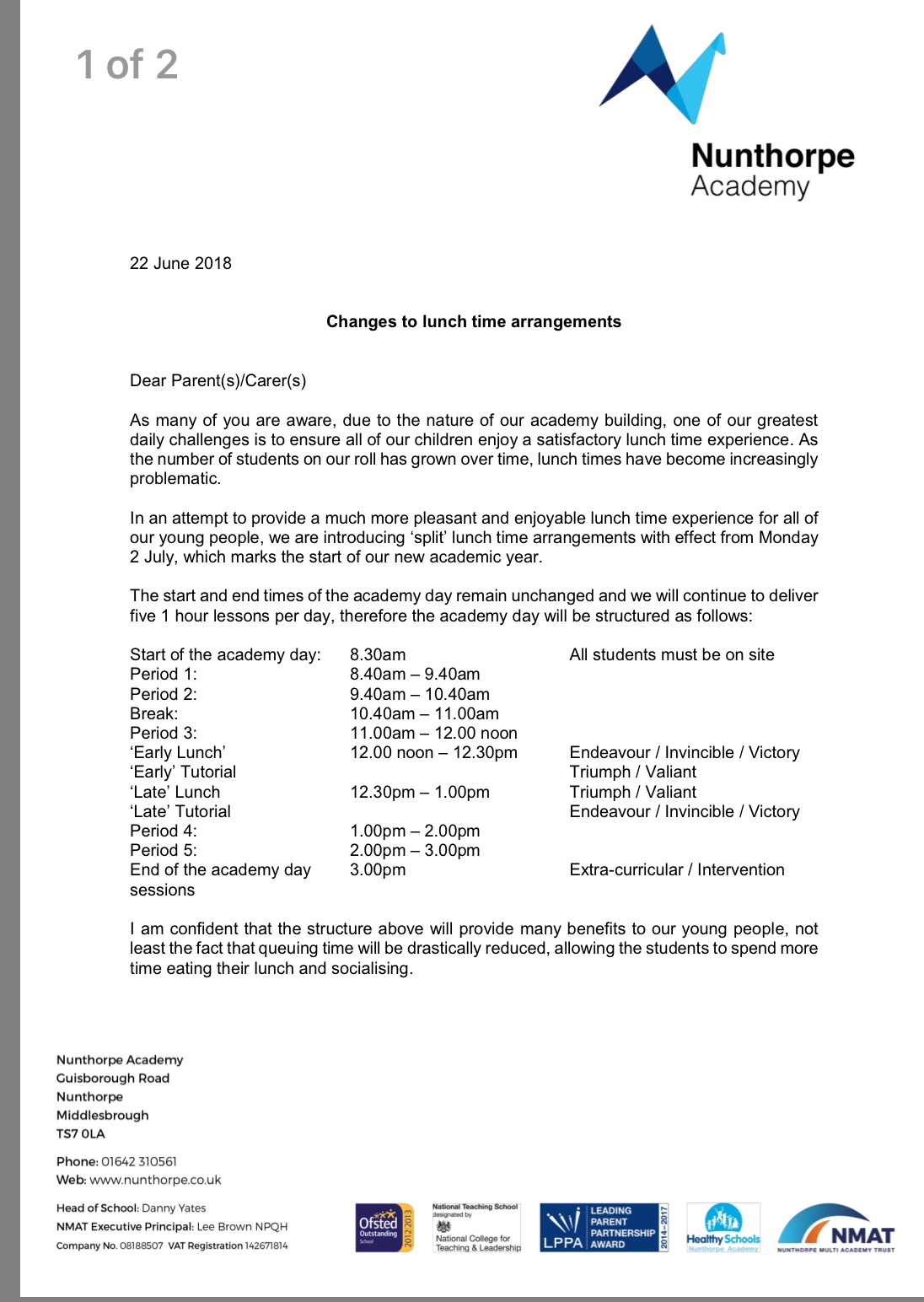 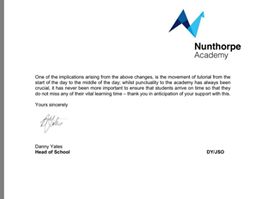 This letter suggests the school does not safely have enough space to accommodate all the students at lunch time together.

Jo Scott wrote “40 mins wasn’t enough never mind 30. We hardly get any time to see our friends anyway, we will never see them now. And there the ones telling us that we need to go to the toilet at dinner well sorry there’s not enough time. I’m not sure what they are doing especially with changing all the 7q classes around they need to sort out what there doing.”

Kerry Morely wrote “Students are not allowed to communicate with their friends during lessons so the only time they can do that is at lunch time. The students and parents were told that no mobile phones were allowed at the academy any more as the students weren’t communicating with each other or with their friends well how do you suppose they do this when your splitting up houses at lunch time.”

Catherine Nixon wrote “My son’s friends are all in the houses that are having a different lunch break. I’d rather he didn’t sit alone..or lonely!”

And Kayla Scott wrote “Why don’t you think about us for once , rather than just thinking about that stupid school of yours”

BNT Media is awaiting an official response from academy to the petition.

Be one of the first to read our latest news articles by subscribing to Push Notifications.

Got a Story? You can submit news and content to be featured on BNT Media. Submit your story. 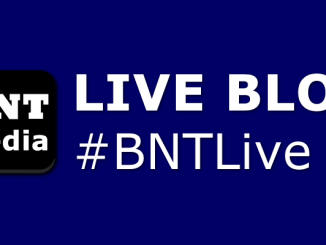 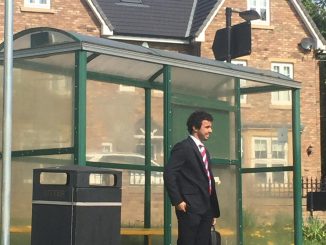 Anyone fancy giving Fabio a lift to the game? 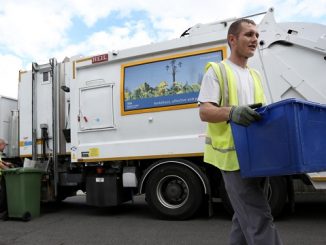 Welcome to BNT Media for our LIVE Blog of England's UEFA Euro 2020 Final match against Italy at Wembley Stadium. Kick off is at 8pm (GMT). Follow our live
View on Facebook
· Share

Welcome to BNT Media for our LIVE Blog of England's UEFA Euro 2020 Final match against Italy at Wembley Stadium. Kick off is at 8pm (GMT). Follow our live
View on Facebook
· Share

We hope you all had a fantastic christmas and are going to enjoy new year too! We recently went to Pier Vista on Redcar sea front, as they have just
View on Facebook
· Share

We hope you all had a fantastic christmas and are going to enjoy new year too! We recently went to Pier Vista on Redcar sea front, as they have just
View on Facebook
· Share

Quarantine review 4! Yesterday we went to Supreme Greek in Middlesbrough, this parmo was priced at £8.40 which has got to mean one of two things, it’s
View on Facebook
· Share

We're currently experiencing some technical issues with our Facebook pages, which means that our posts aren't being fed through the system to Facebook.

We are aware of the issue and are hoping to get these issues resolved as soon as possible.

Sorry for any inconvenience. 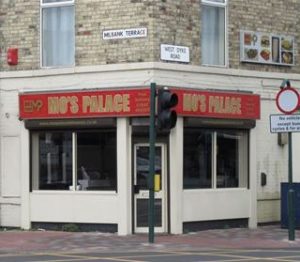